The popular photo app is to let its users share bite-sized videos and add filters and effects, says its owner Facebook. 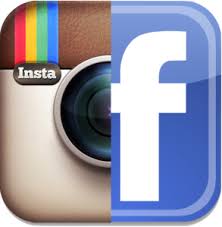 The photo-sharing app limits the duration to 15 seconds, and users can add effects similar to those already available for still pictures, such as improving contrast or changing colours.

“This is the same Instagram we all know and love but it moves,” said Instagram’s co-founder Kevin Systrom speaking at Facebook’s California HQ.

The move follows the growth of video-sharing Vine. Launched in January it has already notched up 13 million users who can share bite-sized  six-second clips.

The extra length of Instagram’s videos appears to be a move to trump its rival and offer users more room to be creative.

Instagram’s user base has grown massively since Facebook bought the service more than a year ago, growing from 22 million to more than 130 million.

Fans who have downloaded the latest version – available now on iOS and Android – will see a video camera icon and can record footage as long as they hold down the record button.

It still has not said how it will be able to make money from Instagram, as it has not introduced ads on the service.

Video-sharing rival Vine is also set to reveal updates to its own service in the coming days.